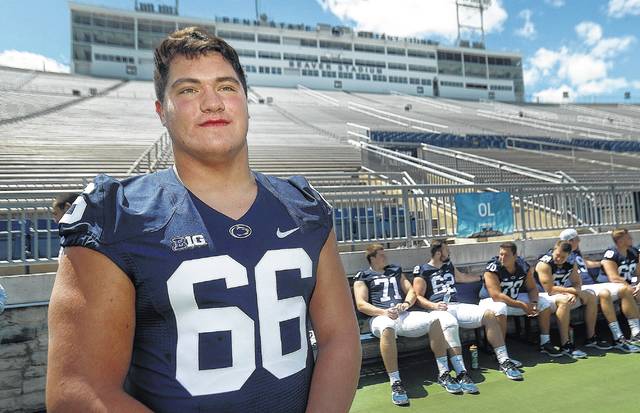 Connor McGovern was one of several Penn State players to be honored at Sunday’s annual awards banquet as the former Lake-Lehman standout won the Dick Maginnis Memorial Award given to the Nittany Lions’ outstanding offensive lineman.

It was another laurel in a decorated career for the junior guard, who has seen his name appear high on the NFL draft boards of various pundits for next spring, should he elect to leave for the pros after this season.

A crowd of nearly 700 filled the main ballroom at the Penn Stater Conference Center Hotel to honor 21 seniors and the 2018 squad.

In addition, former Lions defensive lineman Terry Killens was presented the Alumni Athlete Award. He was a second-team All-Big Ten selection in 1995. During his sophomore season, he was a member of the 1994 squad that went 12-0 and finished second in the AP and Coaches polls.

The rest of the award winners:

Penn State junior Connor McGovern was named the Nittany Lions outstanding offensive lineman for the 2018 season on Sunday at the team banquet.