The Hoosiers are 7-2 overall and 2-0 in conference play despite nearly throwing the game away against Penn State.

The Nittany Lions had the ball twice in the closing seconds with a chance to win the game, but Rasir Bolton missed a game-tying layup, then with 2.3 seconds left the Nittany Lions failed to get a shot off following an in-bounds play.

Rob Phinisee made the defensive stop on that play, and he was great in the second half and throughout the night for IU.

Ten of Phinisee’s 12 points came in the second half, and he also recorded five rebounds and a block and a steal to go with just one turnover and some nice hustle plays. Al Durham joined Phinisee with 12 points on a pretty efficient shooting day for the sophomore guard.

Romeo Langford’s big first half performance erased a slow start from the IU offense, but the freshman cooled down in the second half, although he still finished with 17 points to lead IU.

Rasir Bolton also played very well down the stretch for the home team, finishing with 17 points and at one point matching a feat done by Phinisee earlier in the game as both players went on 7-0 scoring runs for their team.

IU plays at home against Louisville on Saturday afternoon.

While Romeo Langford carried IU in the first half, his freshman counterpart in Rob Phinisee has done the same in the second period.

Phinisee has 10 of his 12 points in the second half, including the last seven for IU.

Juwan Morgan and De’Ron Davis likely will sit the rest of the game for IU with four fouls each, or play very limited minutes.

Brief scoring run by the Nittany Lions has made it a seven-point game, and they will shoot two free throws after this timeout.

Myles Dread and Lamar Stevens both have 10 points for Penn State, joining Romeo Langford, with 17, and Al Durham, with 11, as the game’s leading scorers.

Expect very little of De’Ron Davis the rest of the game as he has four fouls. Juwan Morgan has three fouls for IU.

Evan Fitzner has had a couple good defensive sequences for IU as Penn State continues to fruitlessly try and close the gap.

Penn State is shooting a poor 16-46 for the game and an even worse 3-14 from three-point land.

Romeo Langford, scoring has slowed down a bit for #iubb, but he still leads the Hoosiers with 17 points and is the only IU player in double figures scoring. Rob Phinisee has also had some nice hustle plays and has been responsible with the ball, recording four assists and no turnovers.

The Hoosiers went on a 7-0 in the last 2:27 of game time, with Juwan Morgan scoring four points and Al Durham also providing some good offensive play.

This is IU’s largest lead of the game.

Romeo Langford leads the Hoosiers with 15 points, as he’s 5-10 from the field and 3-3 from three-point range.

The Hoosiers overcame an incredibly slow start, in which the Nittany Lions raced out to a 9-0 lead.

Langford, as well as Clifton Moore in a rare appearance this season, have sparked the Hoosiers back to life.

Penn State is 12-30 from the field, while IU is 12-33 from the field. Penn State’s downfall has come from three-point range, where it is shooting just 2-8, and from the free-throw line, where the Nittany Lions are shooting 4-14.

Clifton Moore has entered the game for IU and made his presence felt, with a current stat line of three points, four rebounds and a block and a steal. Romeo Langford also has 13 points for IU, firing from all over the court.

Juwan Morgan hasn’t had to do too much so far as Langford and Moore have led the way on both ends of the court.

Penn State is a really bad 4-14 from the free throw line.

The Hoosiers went on a 9-0 scoring run to take its first lead of the game, and now the Hoosiers have a one-point advantage.

Penn State went on a nearly eight-minute long stretch of game time without making a field goal, and the Nittany Lions are also 1-8 from the free throw line.

Devonte Green hit a pair of three-pointers off the bench to spark the Hoosier comeback.

Lamar Stevens has an early eight points and five rebounds for Penn State.

Both teams are struggling shooting the ball to start tonight’s game, as IU is 1-11 shooting while Penn State is 4-11.

De’Ron Davis has two fouls for IU, as well as two of IU’s four points.

Penn State has a 14-6 rebounding advantage and IU has not run good offensive sets to start the game, missing a lot of shots in the lane.

Penn State hasn’t been afraid to fire away from three-point range either, as the Nittany Lions are 1-5 right now from downtown.

IU has started 0-5 from the field and Romeo Langford as barely been involved with the IU offense thus far in State College.

Devonte Green and De’Ron Davis have both entered the game for IU as Coach Archie Miller searches for more offense.

* IU wins the opening tip and Juwan Morgan misses a shot to start the game.

* The Hoosiers began Big Ten Conference play on Saturday with a two-point home win against Northwestern, while the Nittany Lions lost that same day at Maryland.

* Here are the starting lineups for both the Hoosiers and Nittany Lions. 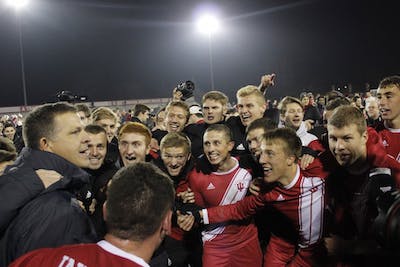 The Hoosiers are one of three Big Ten teams in the College Cup. 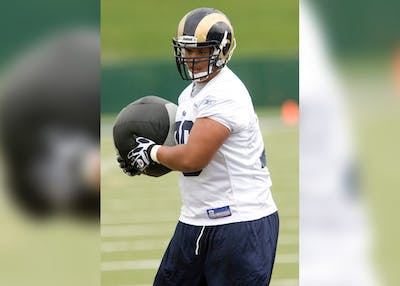 Offensive tackle Rodger Saffold is going to the playoffs. 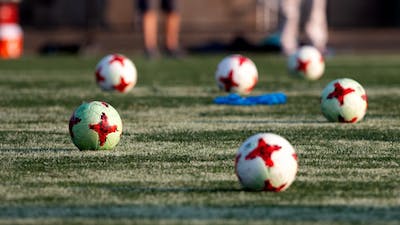