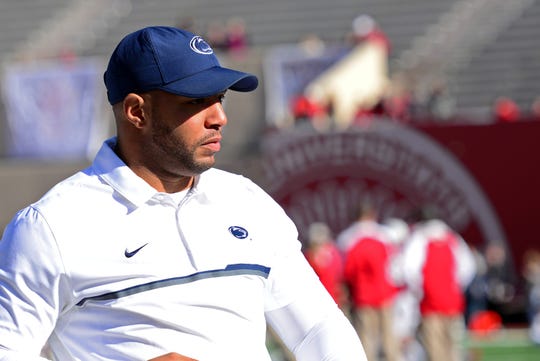 Gattis was an All-Atlantic Coast Conference safety in 2005 and 2006 for the Demon Deacons and was a fifth-round pick by Jacksonville in the 2007 NFL Draft. As Grobe spoke about his former defensive standout, he could not have painted a better or clearer picture of the 35-year-old — his birthday is Tuesday — Jim Harbaugh has trusted to run the offense.

“When you see Josh, tell him I love him,” Grobe said at the conclusion of a telephone interview.

Grobe paused and then chuckled.

“And tell him not to screw it up,” he said, laughing.

Coaches are like fathers — proud, but can’t help but get in the last playful punch.

Gattis hasn’t been formally introduced to media or the Michigan fan base as the program’s first offensive coordinator since the 2017 season, but if his early tweets are any indication, he hasn’t screwed up a thing. In fact, he already has endeared himself to the Wolverine faithful with his hashtag, “#SpeedinSpace.

The Building Blocks for 〽️Offensively!
1. Be EXPLOSIVE!
2. Protect the Football & Who Has It!
3. Be Aggresive & Score!

Although he was a defensive back in college, Gattis has primarily been a receivers coach. He worked with receivers during the 2011 season at Western Michigan, then joined James Franklin at Vanderbilt where he coached the group (2012-2013) and moved to Penn State when Franklin took over the Nittany Lions and was pass-game coordinator/receivers coach from 2014-2017. He spent the past season at Alabama, where he was co-offensive coordinator who also coached receivers.

At Michigan he will work with a deep, athletic group that includes Donovan Peoples-Jones, Nico Collins and Tarik Black. Alabama last season had five receivers with 40 or more catches, and five had 693 receiving yards or more — Jerry Jeudy led the team with 1,315 yards and 14 touchdowns — and six or more touchdowns.

That’s why his “speed in space” hashtag has taken off with Michigan fans.

“I think Coach Harbaugh hit a home run with this guy,” Grobe said. “He’s a young guy, but there are a lot of brilliant young coaches who are up to date on new concepts like he is. Coach Harbaugh is going to like this guy.”

When Bill Cubit was head coach at Western Michigan, he felt good about the Broncos’ talent at quarterback and liked his older receivers.

“I needed a guy to be demanding on kids and get the most out of them,” Cubit said. “I didn’t need a scheme guy. Just someone to make them work hard. And (Gattis) did exactly what we were looking for. He had a lot of enthusiasm and got the kids to play hard.

“He works hard. He understands kids and has a youthful approach to kids.”

“He’s developed really good wideouts,” Cubit said. “He was at Penn State when I was at Illinois, and he did a nice job of identifying receivers that fit in that offense. He coached them hard and a lot of them went on to the league.”

How impressed was Cubit?

“When he was at Penn State, people in the NFL called me about other receiver coaches and I said, ‘Look, put this guy’s name in there because I can think he can do the job,'” he said. 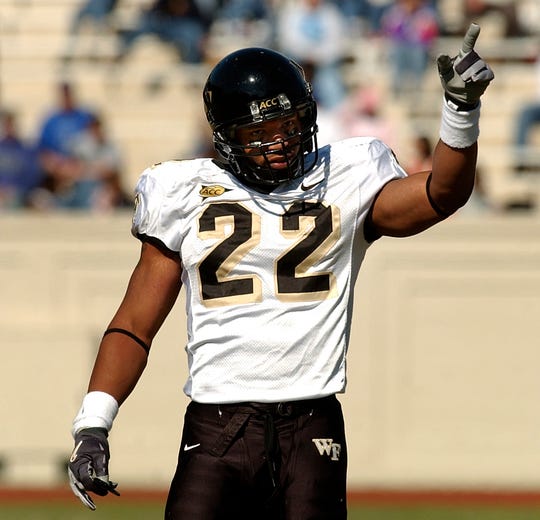 Grobe said head coaches quickly determine and understand the strengths and weaknesses of each player. Sometimes there’s a talented player who just doesn’t quite understand football concepts. Gattis, he said, had that talent-smarts combo.

“It’s a cliché, but he was like having another coach on the field. He was a guy from the day he got to Wake Forest who just got football,” Grobe said. “As a free safety he was very aggressive as far being a physical, tough guy, with a tough mentality. But at the same time, he was running that secondary, making checks. He was a really good cover guy.

“He could run and jump and do all those things, but he had a tough-guy mentality, get down hill and make plays in the run game. I think one of the things he was able to do, when he got three receivers to one side or they got in a two-by two set, he got all those concepts. He’d realize, ‘We’ve got problems, we have to make a check.’ His thought process will be really good to attack defenses.”

Grobe wasn’t the only one who finds it interesting that a guy who played defense in college is now coaching offense. But in many ways, it also makes sense.

“What is a little bit surprising was that he was so smart as a defensive player that he’s turned out on the offensive side of the ball,” Grobe said. “But I think he understood offensive concepts really well as a college player and as a free safety and having to make all our coverage checks, so it would fit he would know how to attack coverages.”

Gattis is young and taking over Michigan’s offense, but he already has a resume of someone who has been mentored by some of the best in coaching.

“At Alabama, being around Nick (Saban), that’s a hell of an education,” Cubit said. “He’s had some pretty good opportunities to learn.”

Gattis hasn’t been a play-caller, but because of his experience with top coaches, Grobe said this should be an easy transition at Michigan.

“He’s been around such great coaches, I don’t think it’s going to be an issue (calling plays),” Grobe said. “One thing he’s been able to do, and I’m so proud of him, he’s been around sharp coaches. So many times, you’re looking for the staff’s ideas what to call, and he’s been involved in that. Whether he’s making every call, he’s been on that headset and been involved in making call and with all the good coaches and programs he’s been, being that guy making calls is not going to be a problem for him.

“This is a great balance with Jim (Harbaugh’s) experience and Josh as a young coordinator. I was really blessed to have had him at Wake Forest. So great to see where he’s going in his career.”