Saquon Barkley is currently terrorizing NFL defenses, but it’s impossible to forget what he did in Happy Valley for the Penn State Nittany Lions.

Before he became the No. 2 overall pick in the NFL Draft (New York Giants), Barkley took 617 carries for a whopping 3,843 yards and 43 touchdowns.

And that was just the damage he did on the ground. He added 102 receptions for 1,195 yards and eight touchdowns.

That’s a massive amount of production – and he’s just getting started in the pros.

But this new bobblehead – from the National Bobblehead Hall of Fame and FOCO – is the perfect way to commemorate his stellar performance(s) at Penn State.

Check it out below. 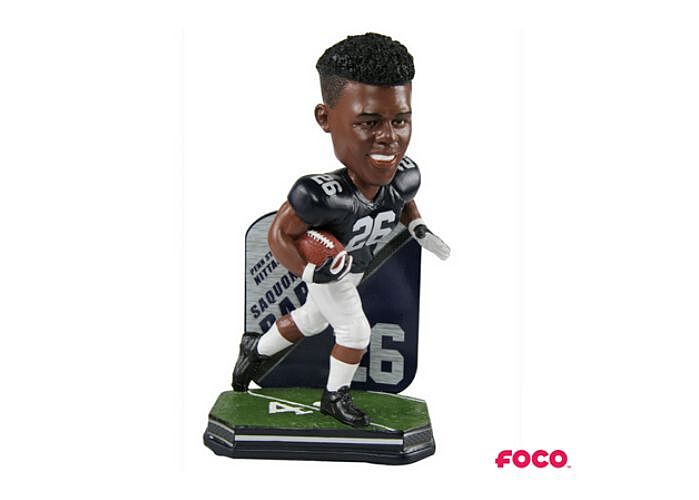 This is the first bobblehead featuring Barkley in his Nittany Lions uniform – and it’s a limited edition piece. There are only 2,018 individually numbered pieces – and once they’re gone, they’re gone for good.

Each bobblehead retails for just $40 and features a flat-rate shipping charge of $8. So whether you buy one or 10 of these things, you only pay one shipping fee. That’s handy, too. Especially with the holidays just around the corner.

So don’t wait. Head on over to the National Bobblehead Hall of Fame and Museum’s online store right now to pick up your Penn State Saquon Barkley bobblehead and decorative your Nittany Lions fan cave.