Penn State running back Miles Sanders will enter the 2019 NFL draft after leading the Nittany Lions in rushing yards as a junior.

Sanders, who ran for 1,274 yards during the 2018 season, is considered the ninth-best running back prospect in this year’s draft, according to ESPN’s Mel Kiper Jr. 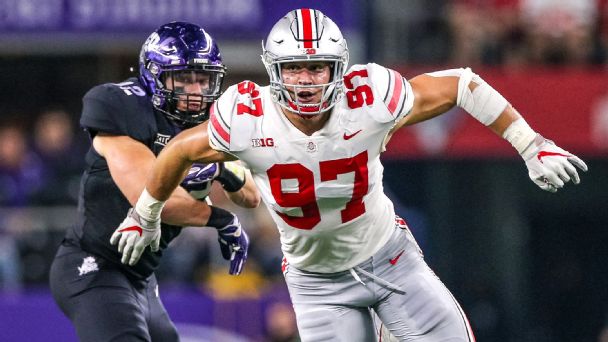 When: April 25-27
Where: Nashville, Tennessee
How to watch: ESPN/ESPN2/ESPN App

“I want to start by saying this decision was not an easy one,” Sanders said in a written statement shared on social media. “I have so many people to thank for my experience here at Penn State and so much love for my teammates, coaches and the fans.”

Sanders took over as the leader of a talented running backs room after the departure of Saquon Barkley, the No. 2 overall pick in the 2018 draft.

Sanders is one of five Penn State players who have declared their intentions to enter the NFL draft this week despite having the option to return for another season. Offensive linemen Ryan Bates and Connor McGovern made their announcements Wednesday, as did defensive linemen Kevin Givens and Shareef Miller.