After last week’s 42-16 loss at the hands of Iowa, IU will try to right the ship as No. 18 Penn State comes to Bloomington in need of a win.

The Nittany Lions have lost two straight game and desperately need a victory in order to stay in contention for the Big Ten East. Here are three things to know about IU’s week seven opponent.

1. Quarterback Trace McSorley is one of the most dynamic players in the country.

Often overshadowed by then-star running back Saquon Barkley during his first two seasons under center, McSorley is now the featured player in James Franklin’s offense. Through six games, McSorley has thrown for 1,242 yards and 11 touchdowns while only throwing two interceptions. He has also been productive on the ground, accounting for 447 rushing yards and six touchdowns.

McSorley’s threat as a runner, combined with the ability to make big plays with his arm, makes him one of the most difficult players the IU defense will have the task of stopping. He’s given the IU defense plenty of trouble the last two times he has faced it, throwing for over 300 yards each time and finding the end zone a combined six times.

Unlike Iowa’s Nate Stanley or Ohio State’s Dwayne Haskins, McSorley isn’t playing his best football coming into this game. Against Ohio State and Michigan State, McSorley completed just 54.7 of his passes and threw for three touchdowns. However, he did rack up 461 yards of offense in the Nittany Lions’ one-point loss to the Buckeyes, and the Hoosier defense will need to contain his playmaking ability if they want to have a chance.

After a promising 4-0 start to the season, the Nittany Lions have stumbled during Big Ten play. After losing a hard-fought game to Ohio State at home, Penn State lost another home game, this time to Michigan State. After dropping those two games, the Nittany Lions are now on the hinge in the race for the Big Ten East division.

Following its game against IU, Penn State’s schedule doesn’t get much easier as Iowa, Michigan and Wisconsin still await the team. All three of those teams are near the top of their respective divisions, so Penn State has plenty of work left to do as it tries to climb back into contention for a conference title.

Penn State now only leads Indiana and Rutgers in the divisional standings, and with Michigan and Ohio State off to undefeated starts in conference play, Penn State has dug itself a bit of a hole. This makes Saturday’s game a must-win for Penn State, and IU will need to put on a much better performance that it has in recent weeks just to keep this one close.

3. Running back Miles Sanders is picking up where Saquon Barkley left off.

With the departure of running back Saquon Barkley, many wondered what the Penn State rushing attack would look like without one of the best runners in the game. As it turns out, the team’s play doesn’t look a whole lot different with Sanders in the backfield. Through the season’s first six games, Sanders has rushed for 700 yards and seven touchdowns, while averaging 6.7 yards per carry.

Sanders has been one of the breakout stars of this college football season, and his ability to pick up massive chunks of yardage means the Nittany Lion offense hasn’t missed a beat since Barkley left for the NFL Draft. Sanders currently ranks 11th in the country in rush yards per carry, and is on pace to run for 1,400 yards, which beats all but one of Barkley’s seasons in a Penn State uniform.

With IU’s recent struggles stopping the run, Sanders poses one of the toughest challenges to Coach Tom Allen’s defense.  IU struggled to stop Ohio State and Iowa from moving the ball on the ground, and Sanders should be its most difficult assignment to date. 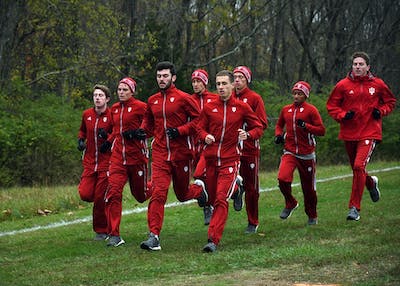 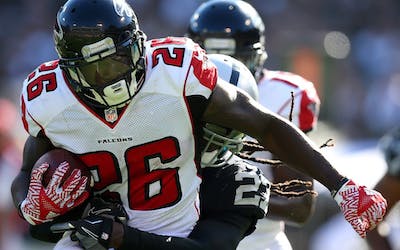 Tevin Coleman scored his third touchdown of the season during week six. 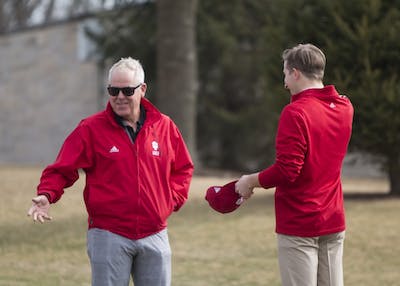 An Ohio State fan will donate a kidney to Penn State fan, and even donned a Nittany Lion costume to tell him: Watch
PSU Insider Report: | WJAC