Week 2 studs and duds against Pittsburgh 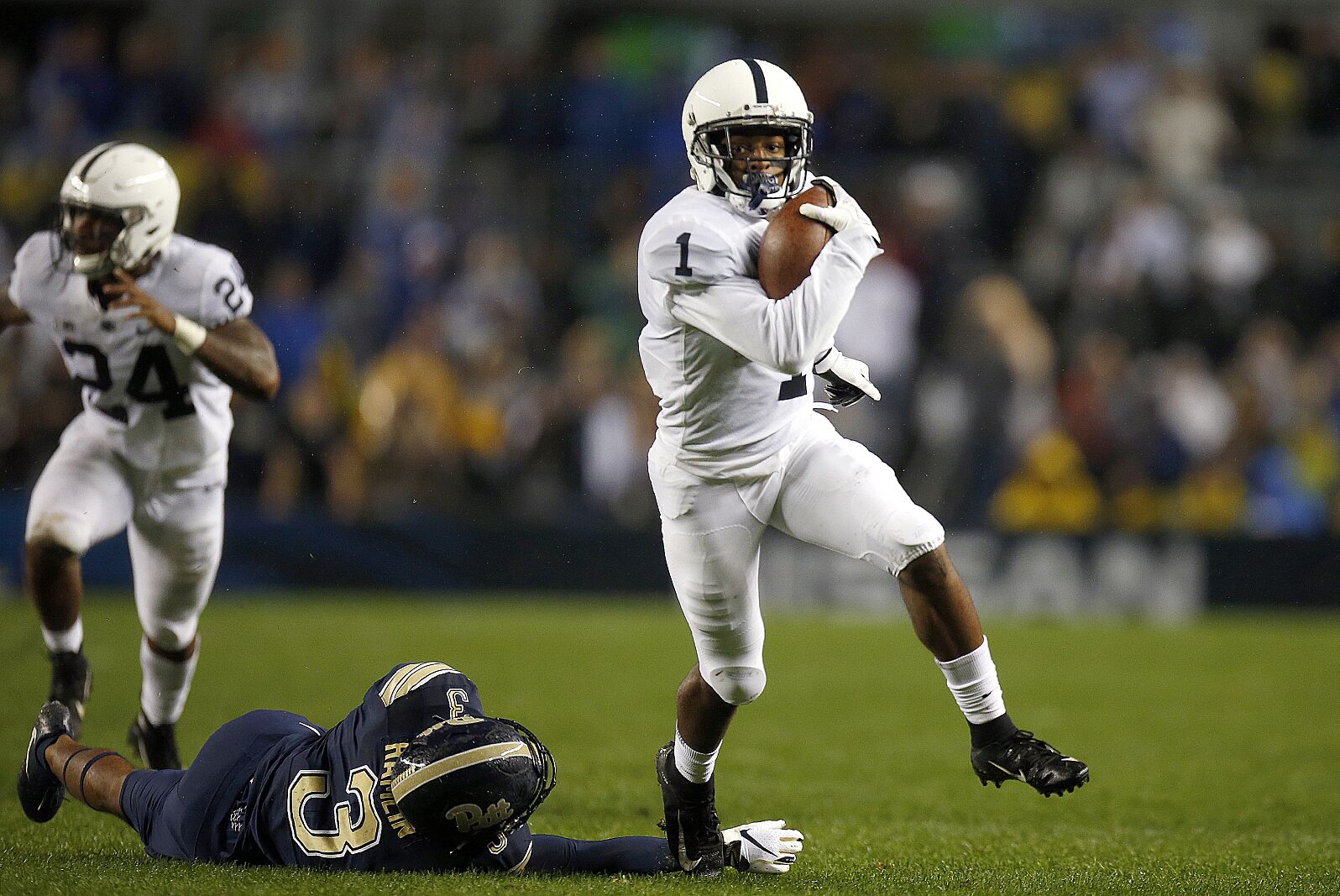 PITTSBURGH, PA – SEPTEMBER 08: KJ Hamler #1 of the Penn State Nittany Lions rushes for a 32 yard touchdown i the first half against Damar Hamlin #3 of the Pittsburgh Panthers on September 8, 2018 at Heinz Field in Pittsburgh, Pennsylvania. (Photo by Justin K. Aller/Getty Images)

Penn State football once again has state bragging rights after a convincing win over Pittsburgh. Who were the Studs and Duds of the game this week?

With chants of “We Are…Penn State” reverberating through a half-empty Heinz Field, Nittany Lion players and coaches took turns huddling around and posing with a “Dominate the State” sign after a convincing 51-6 win over in-state foe Pittsburgh.

Penn State used big plays on offense and a stifling second half defense to earn a 45-point win which was the third-largest margin of victory in a series dating back to 1893.

“Well, first thing I want to do is apologize to the Pitt Nation out there,” Pitt head coach Pat Narduzzi lamented as he began his post-game press conference. “That was not Pitt football right there. Even being down eight points at the halftime, I walked in and said, guys, we didn’t do anything right, missed extra points, missed field goals. Obviously had a holder issue with injury.

But ultimately everything lays right on my chest. I’ll take it all. We obviously didn’t have them ready to go in any capacity, offensively, defensively or special teams.”

The game was a story of two different halves for the Penn State defense.  In the first half the Nittany Lions defense seemed incapable of stopping Pitt’s run game, but as coach Franklin would say post-game, they “played clutch defense in the first half”.  The second half saw the Nittany Lions defense make subtle adjustments to thwart the Panthers one-dimensional offensive attack.

By game’s end, the Nittany Lion version on the field resembled the team many picked to contend for conference and national titles rather than the team searching for answers and barely escaping with a win like last week.  So many Nittany Lions provided performances that ensured state bragging rights would be residing in Happy Valley for another season.

This leads us to this week’s installment of Studs and Duds.  Last week’s edition featured a number of standout players on both lists. Which Nittany Lions players contributed the most to Saturday’s victory and which players need to right the ship ahead of next week’s contest against Kent State?

Who are this week’s Studs?