Week 9 Studs and Duds against Iowa 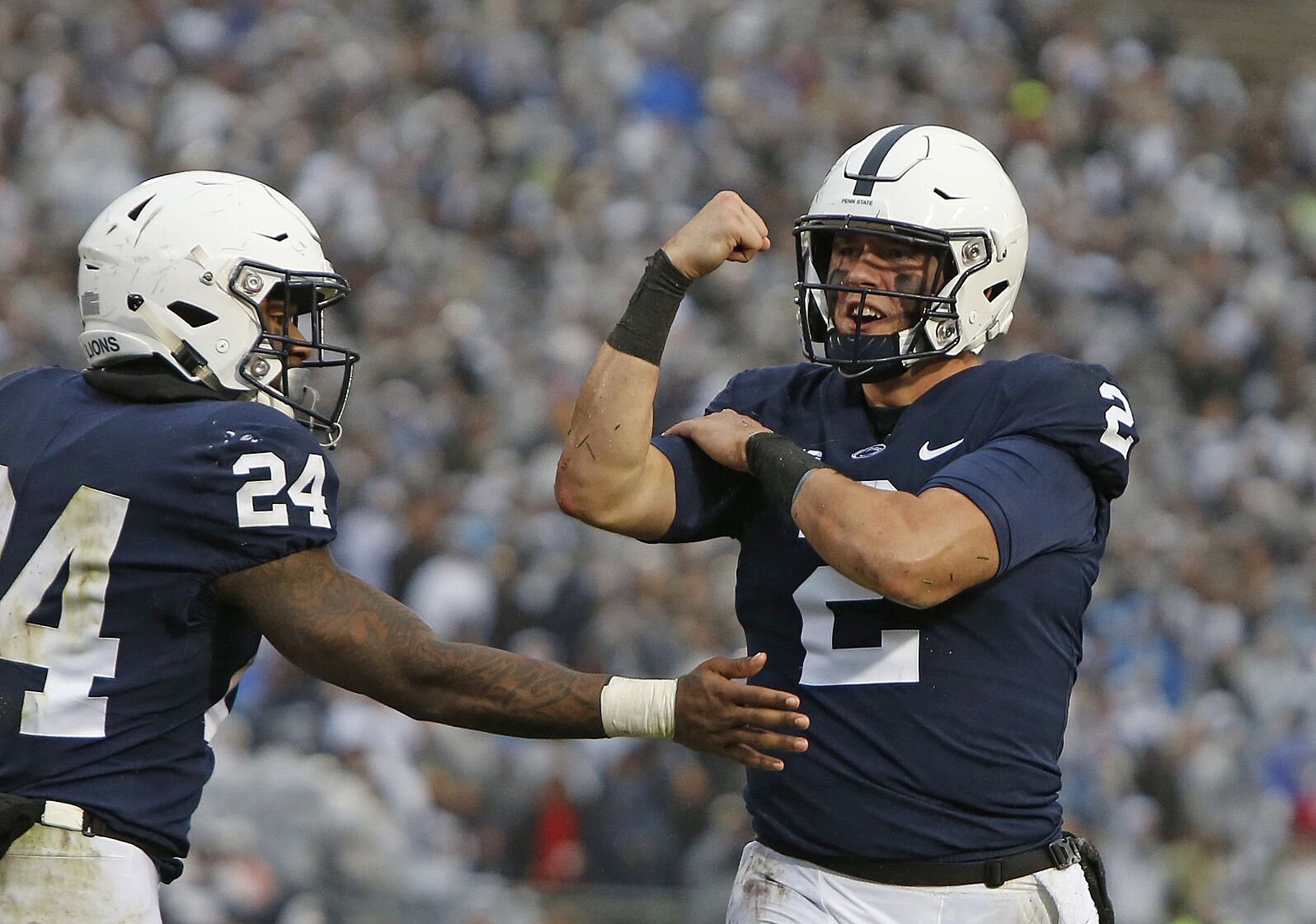 STATE COLLEGE, PA – OCTOBER 27: Tommy Stevens #2 of the Penn State Nittany Lions celebrates after rushing for a 3 yard touchdown in the first half against the Iowa Hawkeyes on October 27, 2018 at Beaver Stadium in State College, Pennsylvania. (Photo by Justin K. Aller/Getty Images)

Penn State stayed in the thick of the Big Ten East and ended a two game home losing streak by defeating the Iowa Hawkeyes.  Who were the Studs and Duds of the game?

The Nittany Lions overcame an early sluggish start to hold off the Iowa Hawkeyes 30-24.  The win ended a two game home losing streak for Penn State and allowed them to become bowl eligible for the fifth consecutive season.

The rainy, dreary Saturday afternoon didn’t dampen the Nittany Lions spirits, and led by the heroic efforts of quarterback Trace McSorley, Penn State found a way to hold onto a fourth quarter lead.  The victory over Iowa marked the third consecutive win for the Lions in the series and the fifth in a row dating back to 2011.  It also marked the first win for Penn State over a team ranked in the top-25 at the time of the game.

By defeating Iowa, Penn State still maintains a slim shot at winning the Big Ten East.  The Nittany Lions would have to win their remaining games, including big match ups with Michigan and Wisconsin, plus get some help from other teams around the league.

Even if Penn State can’t win the Big Ten, finishing with 10 wins including wns over Iowa and a top-five ranked Michigan team would position the Nittany Lions for a New Year’s Day bowl game – possibly the Rose Bowl.

However, before we get too far ahead of ourselves, let’s take a look at this past week’s Studs and Duds of the game.