Here are my picks for Penn State’s best offensive players since I began covering the team in 1994.
Frank Bodani, fbodani@ydr.com 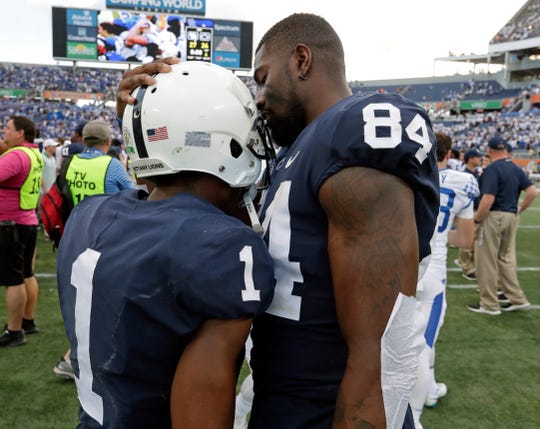 Penn State’s receivers struggled from beginning to end in 2018.

Those more than 30 dropped pass surely played into why assistant coach David Corley was fired.

At least one senior who dropped more passes than expected won’t return, either.

And, now, one of its disappointing but talented juniors may leave.

Juwan Johnson, who slumped last fall because of injury and ineffectiveness, apparently has entered his name into the new NCAA transfer portal, according to Bruce Feldman of The Athletic.

The database, which went into effect in October, was created so that student-athletes would not have to be granted permission from their current school to transfer to another. Johnson’s inclusion in the portal does not mean he will transfer, only that other schools are allowed to contact him.

Johnson will be a fifth-year senior next season and has already earned his undergraduate degree. That would allow him to play immediately at a new school. 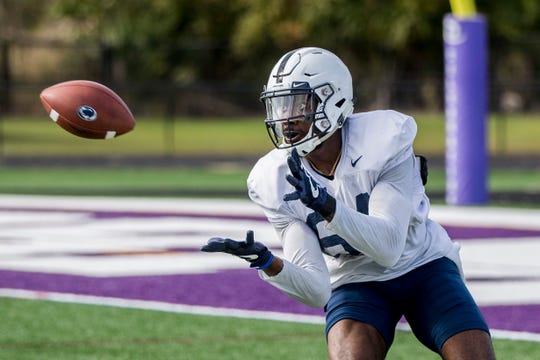 Though Johnson owns 81 receptions in his Penn State career, 54 of them came in 2017 — including his walk-off touchdown to beat Iowa.

He made only 25 catches for 352 yards and a touchdown this past season. He dropped several passes and also missed three games because of injury.

#PennState WR Juwan Johnson has just entered the transfer portal, per source. He’s a 6-4, 225-pounder with good speed who has 81 catches for over 1000 yards in his career.

He did look more confident in the regular-season finale against Maryland and in the Citrus Bowl against Kentucky.

Johnson’s loss would be noteworthy because of his potential, his height and his experience. The only other wideout who can match his 6-foot-4 frame is five-star redshirt freshman Justin Shorter.

Without Johnson, the Nittany Lions would boast one of the youngest receiver corps around. It would be led by sophomores KJ Hamler, Jahan Dotson, Mac Hippenhammer and Cam Sullivan-Brown as well as redshirt freshmen Daniel George and Shorter.

Hamler led the team with 42 receptions for 754 yards and five touchdowns as a redshirt freshman. Dotson was an impressive possession receiver late in the season.

The Lions also will welcome rookie John Dunmore of Florida during the upcoming summer.

Speedy Brandon Polk, whose playing time decreased as the season progressed, still may return as a redshirt senior.

Backup offensive tackle Sterling Jenkins and backup linebackers Brelin Faison-Walden and Dae’lun Darien all announced their transfers in the past month.